9 Things We Appreciate About the Queen

Here at the Draycott, one of the most luxury hotels in Chelsea, we love the Royal Family and none more so than the Queen. Here are 9 of the times – one for each decade – that we absolutely fell in love with Queen Elizabeth II:

#1 Her Coronation and Diamond Jubilee 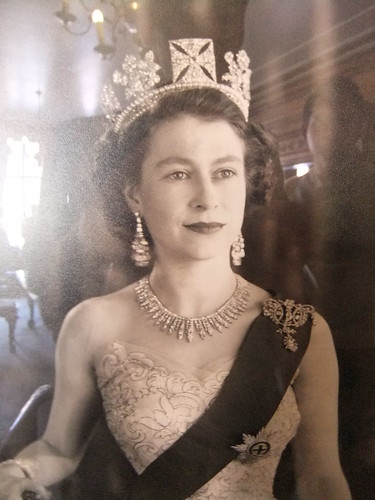 While many of us weren’t there for it, Queen Elizabeth II’s Coronation was one of – if not the – biggest moment of her life, catapulting her from Princess to Queen. And then 60 whole years later, when most of us were around, we celebrated her Diamond Jubilee. Both were very special events the former was the first ever national event to be broadcast on the television for the public to see.

#2 When she Joined V-D Day Celebrations

On V-E Day 1945 you will find pictures of the Royal Family on the balcony during an official greeting to the crowds, but later that evening Queen Elizabeth II – then a teenager – went out with her sister Margaret and chaperones to join the dancing and festivities in the streets. This act, while small, brought a very real and human element to the girl who would later become the Queen.

#3 Being a Proud Grandmother

Picking one occasion where Her Majesty has doted on her grand children can be difficult, as we’re always seeing how much she adores her children, grandchildren and great-grandchildren. One of the stand out moments for us has to be her involvement with Prince Harry in promoting the Invictus games when she starred in a “Mic drop” video challenging the Obamas – here it is again, just because it makes us smile.

Unfortunately for you @FLOTUS and @POTUS I wasn’t alone when you sent me that video ? – H.https://t.co/sjfSQvkzb6

#4 Her Love of the Chelsea Flower Show

The Queen is well known for her love of horticulture and can often be seen strolling around the grand gardens of Buckingham palace, but for one week a year the Chelsea Flower Show blooms into season and you’ll often see the Queen admiring the exotic plants and talking to the gardeners. This year was extra special as Her Majesty joked with herb gardener Jekka McVicar who told the Queen that the lily of the valley was once used as poison; her reply “I’ve been given two bunches this week. Perhaps they want me dead.” Priceless. 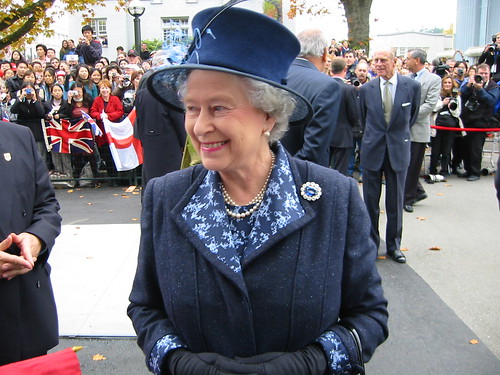 Hat aficionado or not, we all love and appreciate the Queen’s large collection of hats – for good reason. Over the years her royal head has borne not just the crown, but over 5,000 different hats! According to royal biographer, Robert Lacey, the reason behind the horde of hats is that it is a type of crown substitute – albeit rather more comfortable.

#6 Her Love of Horses 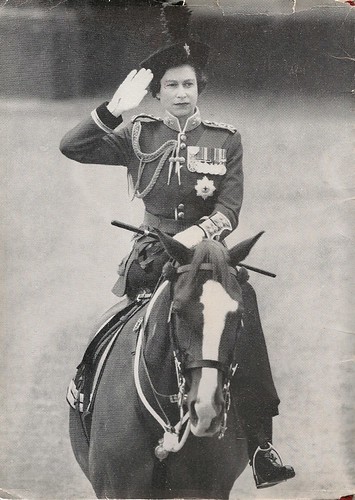 Over the last 90 years the Queen has given us a glimpse of her love affair with horses. In fact, before 1987, Queen Elizabeth II used to attend the Trooping the Colour Ceremony by riding a horse side saddle. The act that really made us fall in love with Queen Elizabeth was the commissioning of three statues that feature The Queen riding her favourite horses – these can be found in Ottawa and Regina in Canada and closer to home in Windsor.

The iconic London 2012 Olympic Games Opening Ceremony is a moment the nation will always cherish. Not least because it was the night the the Queen herself joined Daniel Craig, as 007, and launched herself out of a helicopter to skydive into the stadium. While the jump itself may have been done by a stunt-person, it was a heart-warming spectacle that showed a great sense of humour… and did we laugh.

#8 Her Visit to the Iron Throne

The Queen always seems to remain in touch with the modern day, whether that is sending out Tweets or keeping abreast of the latest TV shows it is something the public love to see. Her visit to the Game of Thrones set in Belfast was something that everyone was thrilled to see, although unfortunately we never got the photo-op everyone wanted – Queen Elizabeth sat atop the Iron Throne. Nevertheless, it was still a big enough experience that she even thought to mention it in her Christmas Address.

#9 When She Became Our Longest Reigning Queen

On the 9th September 2015, Queen Elizabeth II became the longest reigning monarch to date and, in all those years, she’s never set a foot out of place. She has been a constant feature of the nation and has served this country with integrity and humility that we can’t help but smile about.
Happy Birthday Your Majesty – thank you for the smiles.

If you would like to stay at our luxury hotel in Chelsea, view our availability today.